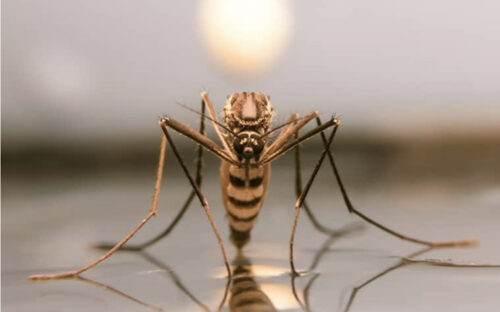 2022. It was a helluva year in so many ways. It was a hard year. A lot was taken from us. A lot was asked of us. And a lot was given us as well. 2022 was a year that marked us in a way that previous years have not.

Last week as Cyndy was working on the slide show for today she told me that she had taken more than five hundred pictures in 2022. I was shocked. “You did?”  I asked. “I don’t remember us doing anything. The only day I remember is May 24.”

There have been times since that day when I wasn’t sure whether that day broke me or broke open something in and for me. I hope it’s the latter. It has caused me to ask questions I’ve never asked before. It’s asked of me things that had never been asked before. It caused me to face and deal with things I hadn’t before. Maybe that’s true of you as well. None of us ever expected to be dealing with these things.

One of the things that event has held before me is the “We will” in the ordination liturgy. There’s a place in the liturgy of ordination when the congregation is asked, “Is it your will that [this person] be ordained a priest? And the congregation says, “It is.”

And then the congregation is asked, “Will you uphold him in this ministry? And the people respond, “We will.”

You weren’t there when I was ordained a priest but their “We will” has become your “We will.” It’s bigger than the actual voices that spoke it. It’s larger than the people, the number of people, present for the ordination. Your support of me through this time is grounded in “We will.”

I don’t know how you knew or did this but when I was feeling lonely, you showed up – a phone call, an e-mail, a text. You came by the office with a smile or a hug and a “How are you doing today?” That booed me. You lifted me up and made a difference.

Some of you brought meals to the house or sent a card with a check and note that said,“Go buy a bottle of wine and relax tomorrow,” or “Get out of town and take care of yourself.” You did for me what I was either unable or unwilling to do for myself.

And I’m grateful for your willingness to be the church that makes a difference in this town.

Look at that building over there – the old youth room, classroom, storage room building – that has been gutted. Dream and imagine what it’s going to be and the difference it will make in this town.

And there’s been so many people from this church that have made a difference in what has happened and how things have happened since the shooting. You know, I think about Charlie that day calling me, saying, “Hey, Father Mike, there’s this group called the Children’s Bereavement Center, and they’re looking for some space, and I think they’re pretty good people. And what do you think? You think we might be able to do something?”

And look what we’re doing.

I think about Mickey leading the local version of the National Compassion Fund and putting that together and the tears that cost him and the heartbreak that gave him and the support he received and some of the criticism received. But Mickey, you were St. Philip’s in that moment.

And I think about Lucy Capt putting together Hope for Uvalde. When a month and six weeks went by after the shooting and nobody really had any idea of how to get organized, reach out, and make a difference and help people. I said, “What about Lucy?” I said, “Lucy here’s what we need.” She came back and said, “Here, it’s done. Use this.” it wasn’t just for St. Philip’s, it was for Uvalde.

It listed resources. It gave people a way to connect with what they needed. And we were one of the churches, along with Sacred Heart, the Volunteer Fire Department and a couple of organizations. We were one of the organizations that through the summer paid the monthly bills for people monthly. My guess is we paid out over $100,000. People trusted us enough to send their money.

He said, “Could I go into the church and pray with you? And I said, “Okay.” He prayed, I cried, and then he said, “We’re going to be supporting you.” I said, “Okay. I had no idea what that meant.

A few weeks later, he called and he said, you know, every year we do a Trinity Giving Sunday at Trinity Church in Boston.

And he said, “We’ve designated a third of that to go to Uvalde. It’s a Sunday when we target people who don’t pledge and who don’t give regularly, and we pester them until they give us some big money because they’ve got it and they can.” I said, “Great, I like that idea.” And he said, but here’s the deal. We think you’ll get about $20,000 or $25,000.

He said, “There are no strings attached. The way I see it is your well being at St. Philip’s is the well being of Uvalde, and we are the body of Christ, and we need you to be well. Your wellness makes a difference to us. So use the money however you want. Give it away. Start a program, fix your buildings, do whatever sustains and makes St. Philip’s well.” And the vestry has begun considering the possibility of remodeling and updating the offices, so that they would be a place that is more modern, more welcoming, and easier for our staff to work in.

And in some ways we might say, “Well, that’s just a remodel of the office.” It is that. But it’s also a commitment to the future. It’s a commitment to continuing to make a difference in this town.

You see, since this thing happened to us, I have never felt more connected to Uvalde than I do now. My priesthood has never felt more real or more challenged and in some ways more inadequate. It’s just a hard time. And I have never been more proud of St Phillip’s than I am now for what you have done and what you continue to do.

St. Philips and Uvalde are now seen in a different way. Everybody in the nation and much of the world knows what happened here, and you’ve probably experienced this. You go out of town and they say, “Where are you from?” You say,  “Uvalde,” and they used to say, “Where’s that?” But now they say, “Oh, yeah, I know you Uvalde, but they don’t know Uvalde.

I know people see us differently. People are asking me to go talk about things. I was asked to be at the Congressional Children’s Caucus and talk about my experience of what happened in Uvalde to a couple of our representatives.

I’ve spoken at the Oblate School of Theology in San Antonio. I spoke at a webinar of the National Council of Churches. I spoke to a monastic order who asked me about preaching during these kinds of times. I’ve been invited by the Bishop of the Diocese of Springfield to do his clergy’s pre-lenten retreat.

And he said, “If you think you’re too small to make a difference, try sleeping in a room with a mosquito.”

Why don’t we have a place that could put together teaching and training, about resiliency and trauma awareness, about restorative justice that tries to put lives back together instead of just punish and put lives down?

What if we became or established a hub that thought about these kinds of things and then did something?

What if we became a city committed to nonviolence? In many ways, violence arises in poverty, domestic abuse, hunger, racism, the lack of employment and job equality.

And like I said, I don’t know exactly what that means, but my belief is that something will arise and say to us, “Follow me.” And like I said in today’s sermon it’ll be time to repent, step into the next larger size of shoes, to drop the things that have limited us, to get out of our boat, to let go of old Zebedee’s voice and dream bigger, go further. Because I think you can do it.

I think it’s our calling.

I think St. Philips has been gifted in that way to make a difference. Because when I look at the things that happen in this town, many good things are started by you. Philip’s closet, the food pantry. Everybody on Team Uvalde knows if they need something in town, you call St. Phillips.

And we have this ability, it seems to me, to have a vision of needs in town,  and we have people in the leadership positions that can make a difference. And we may not be the ones that run it day to day, but we can get it started and we can invite others to participate with us. And we can be the mosquitoes that will make a difference.

Because if Christ is anything, Christ is nonviolent. And violence is more than just punching somebody out.

And I know not everybody can or will want to do this work, and that’s okay. We’ll still get it done. And others will find different ways to participate. But it’s going to begin somewhere. So if you think it might begin with you, call me, email me, come by the office, text me.

Because I want to live the questions with you. And I want us together to grow this thing, to see where it might go to live the Year of the Mosquito.

What do you think? Let’s be the mosquito.

I say this every year, and every year I mean it. And even more so this year. I am so grateful to be your priest. I’m grateful for the many ways you trust me. You let me into your life and you share yourself with me. It’s one of the great privileges I have, and I’m so very thankful for that. Thank you very much.

And then there’s Cyndy, my partner, my friend, my lover, the one I wouldn’t trade for anything in the world. Cyndy, I’m so very grateful for all you’ve done and all you give me. Thank you. I love you.

Vacation Bible School is often a highlight for many children during the long summer months.…

A new Women's Bible Study will begin here at St. Philip's on February 2nd at…

I am the footer call-to-action block, here you can add some relevant/important information about your company or product. I can be disabled in the theme options.
Get In Touch
Copyright © 2023 St. Philip's Episcopal Church Uvalde, Texas - All Rights Reserved | Website designed and developed by Quill & Co. Design
Back To Top
×