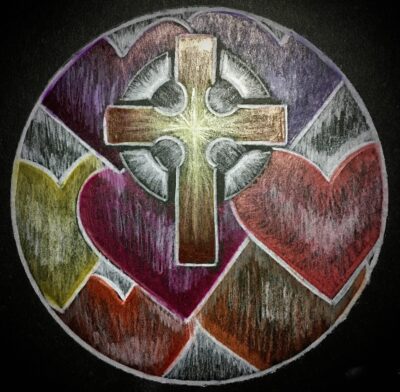 As some of you may be aware, God willing, I will be ordained to the priesthood in less than six weeks. Mike and our Vestry at St. Philip’s approved the latter, so now I’m waiting on the Standing Committee’s approval. After that, with the people’s approval, Bishop David Reed will ordain me on Sunday, December 20th, at 5:00 PM, at St. James, in Del Rio. It’ll be a blessed event, with Sharon Carnes as one of my presenters, Father Mike as the preacher, and the Bennetts as the music leaders. Although I’m very excited, there’s a sadness in my heart.

When I was assigned to St. Philip’s to do my seminarian field wok nearly two years ago, I was very happy. First of all, I would be working under Father Mike’s tutelage. Although I didn’t know him well at the time, I respected and looked up to him as one of the best Iona Initiative’s program instructors. Secondly, St. Philip’s is in Uvalde, which is only about an 80 miles drive from my home in Del Rio.  That’s only a little over an hour drive each way, which was much better than driving to San Antonio or Laredo, which were the other two options. What I didn’t realize at the time, was that I was being blessed beyond my expectations.

Father Mike became more that a tutor to me. He didn’t just enlightened me with his rich knowledge of liturgies, rites, and sermon content/delivery. And I’m not saying that was easy, for Mike’s expectations are very high. He’s like my late Father, who always lovingly challenged me to do  my very best. What I value the most is his Spiritual Mentorship, which helped me understand the importance of presence, so that I could radiate God’s grace to others. In other words, I learned to embrace the blessedness of the liturgies, the holiness of the altar, and the sacredness of my actions during services. I also learned what it means to be a pastor of God’s sheep. In the words of Gregory of Nazianzus, I learned that:

A man must himself be cleansed, before cleansing others: himself become wise, that he may make others wise; become light, and then give light: draw near to God, and so bring others near; be hallowed, than hallow them; be possessed of hands to lead other by the hand, of wisdom to give advice.

For all this, I now also consider him my friend.

Then there’s you, my dear St. Philip’s family. Although you didn’t know what to expect, you took me under your wing since day one. As an introvert, I was a nervous wreck the first time Father Mike scheduled me to preach – and I had to do it twice! I’ll be eternally grateful for your graciousness and kind words after each of the services. It was a little difficult to get to know you, as I was only there once a month during my Field Work. However, I have fond memories of the Sunday Book Studies, Rogation Sunday, and the Advent Wreath Making during Friendsgiving.

A major opportunity came to get to know you better when I was appointed as your Deacon. As I mentioned in a previous article, Deaconship is about learning to be a servant for the people of God. As such, I’ve been able to grow in my ministry, develop confidence in my abilities, and become closer to many of you. I am grateful that many of you have even noted this. Due to our Covid restrictions, we don’t have in person interactions other than our services.  So I also value all the Facebook Live Morning Prayer services, Compline services, Zoom Bible studies, and other virtual interactions we’ve experienced. As Jesus tells us, when two or more are gathered in his name, he’s there amongst us… even through Social Media!

So I say it once again, I’ve been blessed beyond my expectations to be with you for the last two years. The knowledge and experience, as well as your love, will carry me through my next appointment and beyond. This is not a goodbye, for I will be with you through the 20th of December. I also know our paths will cross again. Not only are we blessed to be members of the same Diocese, but also the same convocation. I also don’t know how, but Father Mike and I are talking about having some cooperative activities between our parishes. In addition, through Social Media services, we’ll be able to do that as well. I love you all and will be eternally grateful to call you my St. Philip’s family from now to eternity.  Shalom!

Bishop Reed and Bishop High have been in constant contact with Fr. Mike since the…

“What does it mean to live a life in the Spirit of Jesus Christ?” That’s…