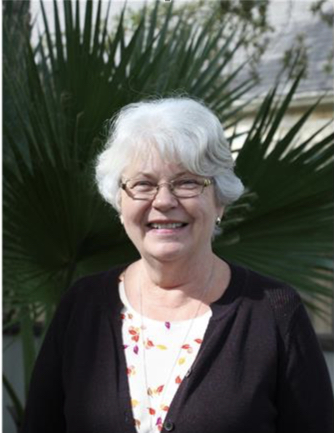 Let me tell you about an amazing conversation the Vestry had. It was important and meaningful to me personally and, I think, to the Vestry as a whole. If I hadn’t been there I wouldn’t have believed it possible to have that kind of conversation.

It happened at our September meeting a couple of weeks ago. I scanned the agenda earlier in the day and was slightly curious about the discussion item entitled Church in the pandemic – moving forward and imagined we would be discussing the existing processes of our services and perhaps what the next steps were and when to take them. And indeed that was a part of that discussion.

But somewhere near the beginning of that discussion the subject turned to the presidential election and how we envisioned the days leading up to November 3rd and beyond within the life of St. Philip’s. How might we engage ourselves through some constructive and meaningful ways to help mitigate the stress and anxiety that many are feeling in response to the seemingly endless barrage of political messaging on either side of the issues facing our country?

My initial response to potential conflict tends to be to back away, to duck and run for cover.  In my mind, having that kind of conversation carried a huge risk of people focusing on political issues and differences that would just perpetuate all that I felt bombarded with outside of the church.

In response to the question posed, a few vestry members actually began considering the possibility of having that conversation and presenting it to the parish. They discussed it in such a way that made it sound possible. That was almost too much for me. As I listened, however, I began to move from my complete refusal to even consider such a thing to actually hoping (albeit tentatively) that such a thing could really happen. Yet my misgivings were still nagging at me. I voiced them to the other Vestry members, telling them (while I expressed my cautionary statements) that the entire idea scared me. Even though my anxiety level was still uncomfortably high, I found that I was becoming more willing to see where this discussion was going to take us.

And then someone said they understood how I was feeling and why I was feeling that way. They shared their own anxiety over some difficult situations they were experiencing on a regular basis. Just the fact that someone said they understood my anxiety because they had their own anxiety brought my anxiety level down significantly.  Because of that caring and very honest expression of their own experiences, I was able to get myself out of the way and really listen to and hear someone else’s perspective – one that was expressed in such a deeply honest and heartfelt manner.

From there the discussion continued with members contributing their feelings, their experiences, their ideas, and their willingness to find a way to care about the members of St. Philip’s during these remaining days leading up to the election. All of the things that were shared in that discussion were heartfelt, respectful, and meaningful. We began to move forward with ideas for reaching out to our church family, offering opportunities to help ourselves and each other as we deal with the stress and anxiety so characteristic of these increasingly trying times.

Toward the end of our discussion, Father Mike brought it to our attention that when we started this conversation, our anxiety level had been high, but in the process of having the conversation, the anxiety had diminished considerably. And we had done it without one word about our individual political beliefs or policies, or trying to sway others to our political stance. We had done it with respect and love for each other in a caring and courageous manner.

We left the meeting with hope and inspiration in our hearts, with a sense of being able to move forward in a healthy and constructive manner during these days preceding the election, and with a willingness to find ways to provide opportunities for similar experiences within our church membership and beyond. As Father Mike later said to us, perhaps we could offer others “a way of being grounded in love, gentleness, and respect without the need to win or change anyone’s mind, or feel that we have to surrender our beliefs or give in to another.”

I now know we can. I know because what I believed couldn’t happen during these stressful and emotionally charged times actually happened and I was a part of it, no matter how reluctant I was in the beginning. Our Vestry members really did have an honest, heartfelt conversation about our feelings and perspectives during these stressful days leading up to our election.

So much good came from it. And similar things can happen throughout our congregation and beyond if we let it.

We began our journey through this Season of COVID-9 with Psalm 23. Fr. Mike said…

Church in the Digital World: What does this mean for St. Philip’s?

What does it mean to be the church in this new digital world? This is…

A Word from Fr. Mike

It was just a week ago that I sent you my first e-news about COVID-19.…

I am the footer call-to-action block, here you can add some relevant/important information about your company or product. I can be disabled in the theme options.
Get In Touch
Copyright © 2023 St. Philip's Episcopal Church Uvalde, Texas - All Rights Reserved | Website designed and developed by Quill & Co. Design
Back To Top
×